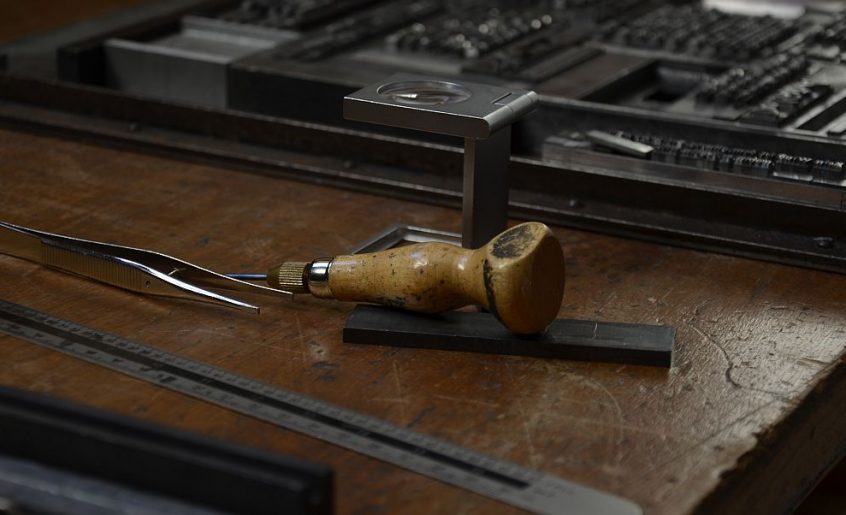 This is a video of me working on my KORREX proofing press. It was made in 2010 while I was printing the sheets for “Mir fehlt ein Wort” my artist’s book on Kurt Tucholsky. Back then the studio was located in the south of Germany.

For one day my workplace was turned into a film set. Sven Löffler and his assistant came and produced this wonderful video. It was Sven’s work for his final exam to qualify as a digital media designer. In an interview Sven asked me a couple of questions about what changes there were in printing letterpress and working with metal type today and as book artist, compared to the times when letterpress printing was the standard way of printing books and newspapers.

Some time after I had posted the video on youtube I learned what I had not known then. In my early years as a letterpress printer I had bought some type from Letternservice Ingolstadt, which at the time was having its clearance sale and closing down. To my knowledge this had been the last working type foundry in Germany. But after the video went online I learned that there is still a place in Germany, where you can have type cast to order. They hold a large stock of moulds of Stempel and other foundries, and send type out into the world. A dear colleague in Britain had some type cast there. The place is in Frankfurt/Main: Schriftgießerei Rainer Gerstenberg.