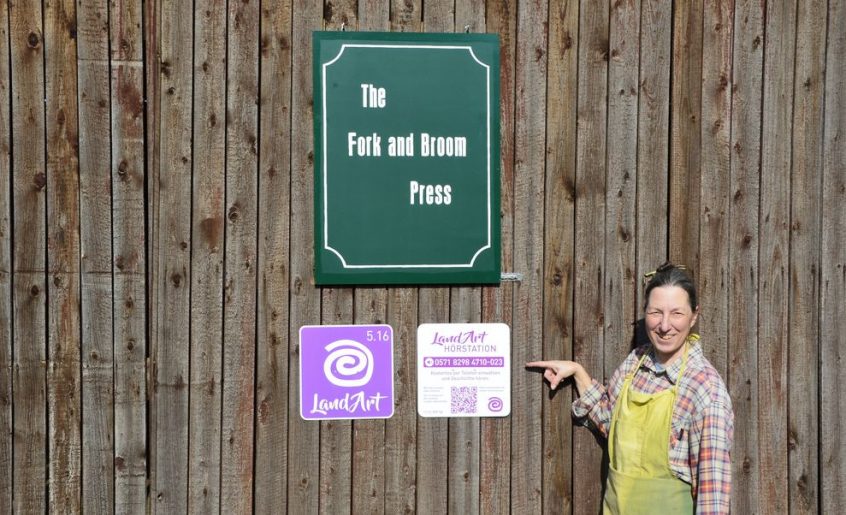 The studio is one of many stops at the rural Art-Route in our region featuring artists’ studios, arts&crafts workshops and museums. Infact there are five routes and The Fork and Broom Press is stop 16 on route No 5. As of this year there has been an upgrade, so to speak, which was in the making for quite some time, taking a little longer due to the pandemic. In the course of a story telling project there is now a story about the studio that can be listened to. The story is being told in German and can be found either via a QR-code or a direct phone number. The new signs arrived a couple of days ago.

The recent storms had blown the studio‘s sign from its hooks and taken off one of the barn doors. I had painted over the damaged spots of the sign, and today we set out to put it back in place again. And since we were at it anyway, we put the new Art-Route signs right there, too.

Of all 80-something stops on the five routes a good number have stories to tell. Here they can be found (in German): Art-Route stories