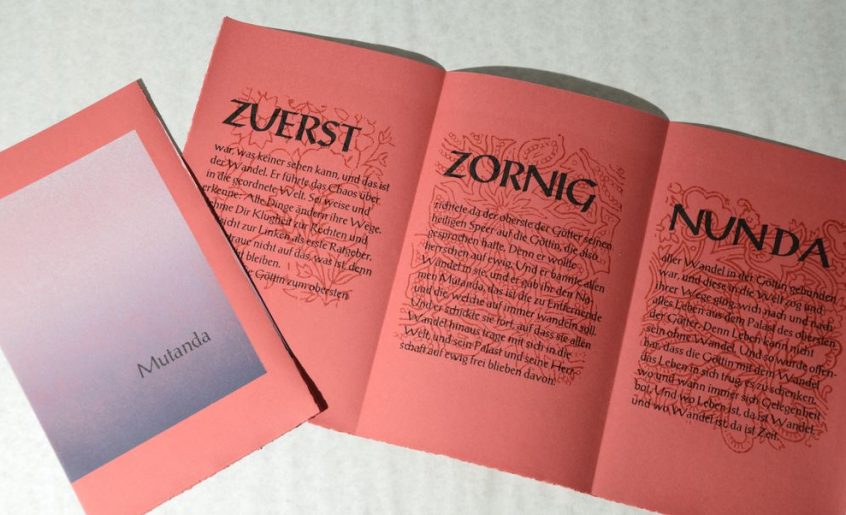 The story of goddess Mutanda tells of the wish for an eternal reign, the fear of change and the power of life that will never run dry. The text ist equally inspired by ancient myths and current developments.

The story is part of the new artist‘s book „nichts bleibt wie es war“ (nothing remains as it has been) and has now been seperately published in the form of a small folded brochure. The text is handset from Post-Antiqua and Post-Versal, it was written by Annette C. Disslin. The paper is a 90gsm Zerkall deckled edge paper in deep scarlet. The floral patterns have been hand stamped from old worn woodblocks carved to be used for traditional fabric printing in Afghanistan.
The brochure is 16x26cm folded and 48x26cm opened. It was printed in a limited edition of 50 numbered and signed copies in 2021. The text is in German.