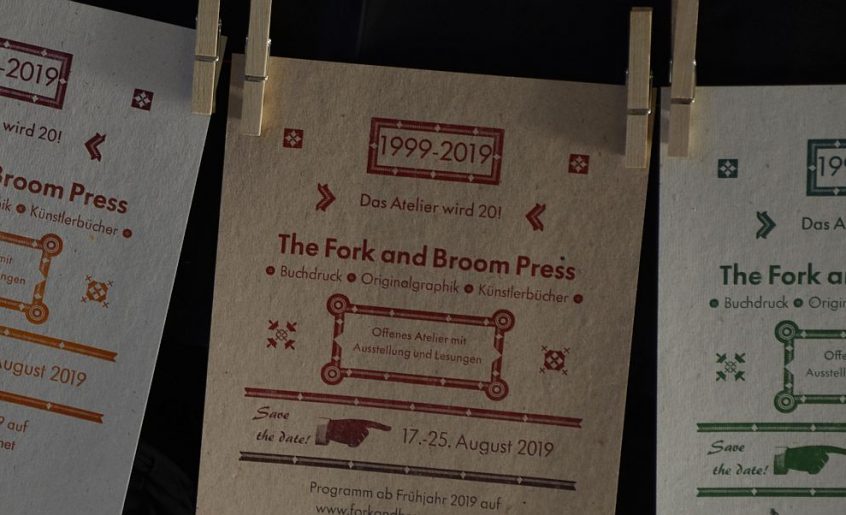 There are two Open Studio events coming up this year!
The first will be on 15 March celebrating the first anniversary of artistic printmaking techniques being awarded cultural heritage status in Germany. We’ll be open on the Friday from 3pm to 8pm giving visitors the opportunity to have a go at one of the presses. More on this event and the nationwide background to be found on the LandArt-site and at BBK.

The next Open Studio will be in August, celebrating the studio’s 20th birthday. There is a lot in planning right now including readings from a selection of the twenty artist’s books I made during this 20 year period. The studio will be open from 17 to 25 August for special events and on both weekends. It is worth saving the date as this, too, is this year’s week of LandArt events when other studios and venues in the region will be open and offer events of all sorts. So, stay tuned – there’ll be news here on this site in due course.