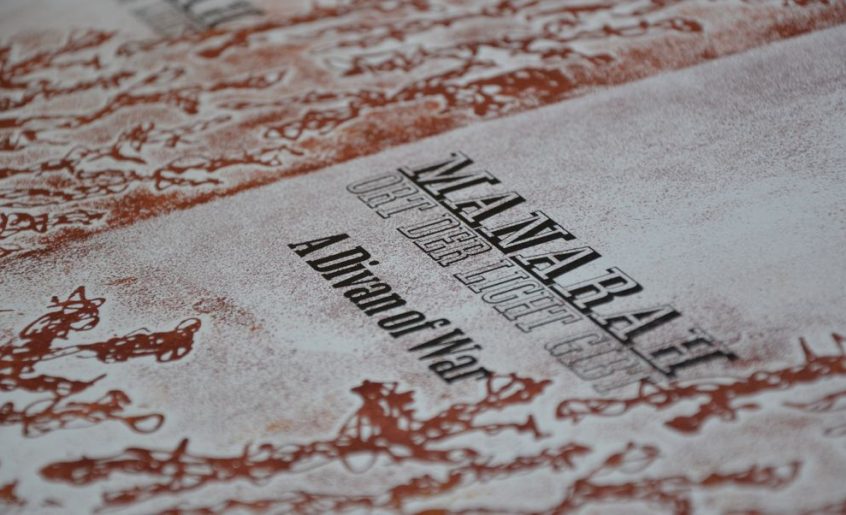 The topic of issue No 1 is „War“. It comprises eleven poems about experiences and thoughts in times of war. Partly the poems were written by soldiers who served on the frontline in WWI. Some of the poems date back to the 17th century.

All poems have been handset from metal type. Each text is designed individually using ornaments or borders. The following founts have been used: Forum, Schadow, Trajanus, Folio, Memphis, Fette Antiqua, Parlaments-Fraktur, Behrens-Antiqua, Futura, Trump-Mediäval.
The illustration used for the title is a lino-etching originally designed to accompany an anti-war poem by Matthias Claudius. It shows the souls bewailing their suffering and losses during war.