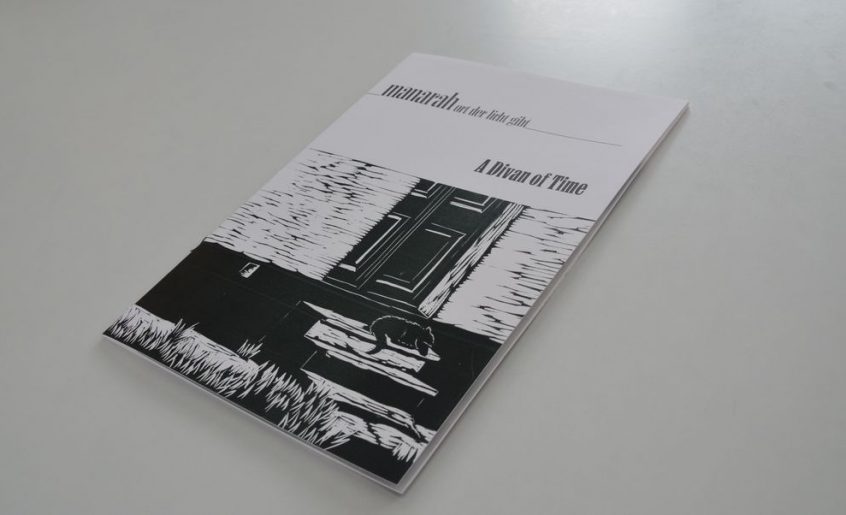 Each poem has been designed individually using metal type and ornaments or borders. The following founts have been used: Amati, Signum, Schadow, Trajanus, Optima, Vendôme, Jaguar, Baskerville, Post-Antiqua, Quick.
The woodcuts used for the front and back are scenes from a journey through Poland in 1988. Either motif refers to time: the sleeping dog seems to have as much time as he pleases, whereas the lady buying apples in Krakow appears to be in quite a hurry.