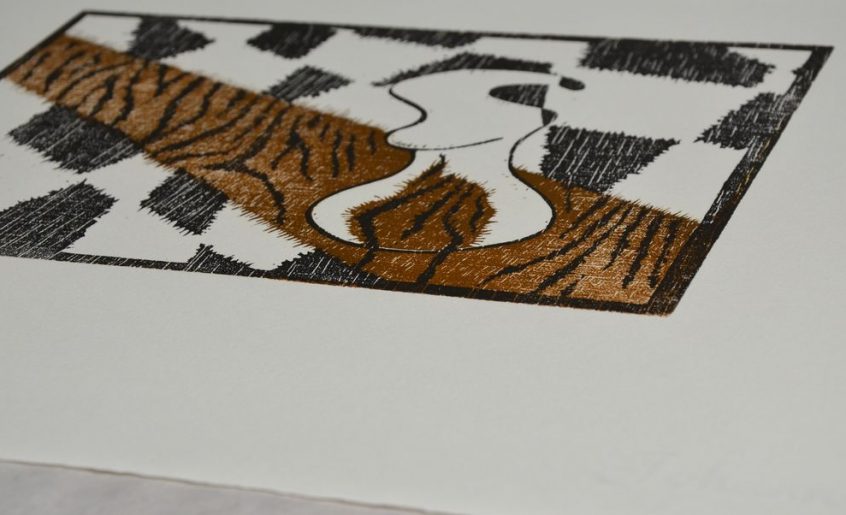 Vladimir Nabokov (1899-1977) was born in Saint Petersburg, had to flee in 1917 after the October Revolution and went to Trinity College in Cambridge (UK) to read zoology and languages. In 1922 he joined his family who had by then moved to Berlin. From there in 1937 he had to flee Nazi-Germany, together with his wife Vera, via France to at last reaching the US in 1940. He earned a living first as an entomologist later as a lecturer until, in 1955, his novel „Lolita“ was such a great success, that he could quit teaching and devote himself to writing.

Nabokov wrote a number of novels and novellas, up until the late 1930s in Russian, later he wrote in English. My personal favourites are „Invitation to a Beheading“ (1936/1959), „Pnin“ (1957) and „The Luzhin Defense“ or „The Defense“ (1930/1964) . The latter tells the life of Lushin. As a boy he has diffuculties making friends and is bullied by his classmates. He then discovers chess and at first is fascinated by the game, but over the years this fascination turns into obsession. He shows great talent in playing chess and winning tournaments, but increasingly looses his grip on reality on the way.

In 2001 I created a series of six woodcuts inspired by the story of Lushin. The six woodcuts each show one chess piece, i. e. queen, king, rook, pawn, bishop and knight. The pieces serve as a kind of avatar for the character of Lushin and are each placed in a situation described in the text. For the special edition the respective passages from the text have been hand set from 28pt condensed-light Futura. The novel virtually is the story of Lushin gradually becoming mentally deranged, so the typography of the sheets mirrors this development in that the text blocks become increasingly deranged, literally.