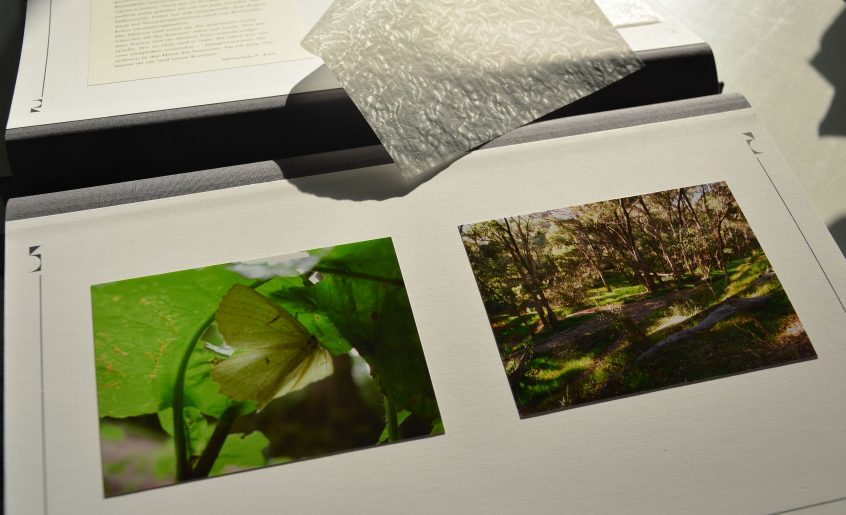 There is something special to a pen-pal relationship bridging the enormous distance between Germany and Australia. The nations are different in so many aspects, the most obvious of which are climate and history. Both shaped everyday life in the respective locations.

It appears that there is some preconception in the sense that the more distant or farther away something is, the more strange and different it has to be. But distance is no good at measuring the degree of familiarity or strangeness. Distant things can feel pretty familiar. And things nearby can come across as rather strange.

But, let‘s start from the beginning. In 2007 I met Australian artist Marianne Midelburg, while she was visiting friends in Germany. And after Marianne had travelled back to what she calls home, which is the city of Bendigo in Victoria, we kept writing eMails on a pretty regular basis. Like pen-pals. And with both of us having been into photography for decades by that time, it didn‘t take long and we started attaching the odd photo every now and then.

It goes without saying that, while Marianne was picking her tasty fresh tomatoes in her back yard garden, I was shovelling snow from the drive. And while we were picking our fresh apples, the inhabitants of Victoria would brace themselves for the bush fire season.

And all of a sudden there was this idea for a book project that would span a whole year, 52 weeks in total. A book with 52 pairs of photos showing 52 pairs of moments in our lives, two persons living in almost opposite locations on this planet. Each photo accompanied by a short text written by the respective photographer. We started on 26 April 2011 and all images and texts were complete by April 20 in 2012. Neither of us knew anything about the photopgraphs and texts the other had collected. Marianne saved all her data on a USB stick and sent it over in a letter.

„52 Weeks“ is an artist‘s book that comes in four volumes with a total of 124 pages and 114 photographs. It weighs 13 kilogrammes altogether. Each volume is 28 x 35 cm and covers 13 weeks. The book is a limited edition of six numbered and signed copies.

Pages are made from strong bookbinding board, covered with white sheets with framing printed letterpress. The white paper is Text&Cover, the paper used for the text is Conqueror oyster laid. The binding is a block binding with brass screws. The hinges are made from book cloth with every volume having a different colour of cloth. All photographs are tipped in photoprints made by a professional photographic laboratory. In the book they are protected by glassine sheets. One double page always shows the images and texts of one particular week, thus revealing the near-simultaneousness of the moments pictured.

All text and ornaments are printed letterpress from metal type and brass rules. The founts used are Baskerville and Plakat-Grotesk. The photos from Germany are accompanied by text in German, the ones from Australia come with text in English. All German texts have been translated in English and sit in an inside bag in the back of volume 4. Also in volume 4 is one page with portraits, vita and the signatures of both artists plus old stamps from both countries glued in. Of the 6 copies copy number 1 is the special edition. It comes with two additional photographs, one by either artist, in landscape format of 30 x 18 cm, ready to be framed. The standard edition is bound in a linen fabric with geometrical pattern, the special edition comes in a cover made from silk fabric with stripes. Published in 2014.